But trust me. All of them are a scam!!

There is only one PS4 Emulator available for PC called Orbital and it is still under development.

If you see people are offering 5 Best, 10 Best PS4 Emulator for your PC just avoid it, don’t get scammed.

What Is An Emulator & How Does It Work?

Actually, an emulator is a program that enables Guest OS to run on the Host OS. Helping you to run non-native apps and games. An emulator can be hardware, software, or a combination of both that enables a computer to run programs from another platform. Creating an Emulator is hard and requires reverse engineering.

This process is very complicated and requires extreme development work as every OS talks to their respective hardware differently. 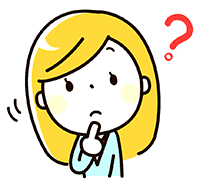 Is There Any Stable PS4 Emulator For PC Available?

If you ask me this question, then the direct answer is NO!

But, there are some PS4 emulators available in the market which are under development. Developers are working hard to make them better.

As you know building an emulator requires reverse-engineering because what a piece of hardware of a platform does while running a game is completely different from what other platforms do.

If you heard about Dolphin, an emulator for the GameCube and Wii games has been in development for more than a decade and is still updating. Same for the PCSX2, a great and popular PS2 emulator.

If you see the PS4 hardware, you will see that PS4 uses the same x86 architecture just like a PC. But the GPU of PS4 is a whole different beast. The software and the kernel of this are far complex than the previous-gen hardware. But that doesn’t mean it is impossible to build a PS4 emulator for PC. It will just take some time but not yet right now.

If you look for PS4 Emulator For PC on the internet, you will see these 2 names are common on the list. People are talking good things about them just to scam you.

If you see PCSX4, it exactly looks like PCSX2.

PCSX2 is a real PS2 emulator. But PCSX4 is a scam that tries to introduce itself as legitimate with a similar name. If you go to the PCSX4 website, you will see that they have an awesome-looking fake website with embedded Youtube videos and FAQs.

Even a GitHub page is included where the code of this “Semi-Open Source” project is probably held. But the GitHub repository has no activity and attached no one to it. The FAQs are pretty impressive with the error list but the hardware requirements increase the doubt.

Update: The GitHub repository was removed.

A PS4 Emulator would be far more demanding than the PCSX4 offers. Their previous YouTube Channel was also shut down due to fake videos.

The most interesting fact about PCSX4 is the Download link. If you ever tried to download PCSX4, you should have seen it requires survey completion. This proves that it is a scam. No emulator project will ever require to complete a survey to download it. Even though you complete a survey, it will redirect you to another survey.

Someone is making money by wasting your time.

PS4Emus is another scam. PS4Emus is kind of following the same strategy as the PCSX4 is doing. They made a good-looking website with a bunch of legit-looking FAQs and fake promises.

For me, they are one step ahead. They offer PS4 Emulator not only for PC but also for Mac, Android, and iOS. This is a complete scam.

If you want to download PS4Emus, you will see that the download page redirects many sites and gives you an unnecessary “exe” file.

A fake installer that downloads various craps onto your PC. You can not delete it until you forcibly turn it off. It is not worth wasting time downloading and installing this crap for a fake PS4 Emulator For PC.

Orbital and GPCS4 are the real PS4 Emulator for PC. But both are still under development. Though these are real but not advanced enough to run games like God of War or Spider-Man.

Orbital’s developer is reverse-engineering the PS4’s code and getting its low-level processes to run on a PC. Developer Alex Altea has written in more detail about the emulator’s progress in this Reddit thread.

If you go to the GitHub page of Orbital, you will see that there is no finished product for end-users. You need to download the source code and build each of the three components (BIOS, GRUB, QEMU) by yourself.

This means that even though the project continues, it will take years to get the finished product.

GPCS4 is a new fish in the pond. The developer of GPCS4 named Asuka Inori started the project on 5th July 2019. On GitHub, the developer announced the latest progress of “GPCS4”. Finally, it can boot now and run a PS4 game. It looks like the loading speed is very pleasing but the frame rate is low. That needs to be further optimized for a better playing experience.

According to the Roadmap on GitHub published by the developer, GPCS4 loads a lot of work in graphics, basic hardware, and systems, like compiling shader GCN code into Spir-V, simulating joysticks, and audio works normally.

From now on, These two PS4 emulators are in development. And both of them are in beta stages and are not ready to fully load a game. However, the GPCS4 is now one step ahead and may define a new opening for PS4 emulators. Nonetheless, its current framerate is hardly acceptable for a good gaming experience.

If you have read the whole article, it will be clear that there is no stable PS4 Emulator for PC. But the two PS Emulator for PC, Orbital, and GPCS4 are still in development and need a lot of works to be done. If you want to play PS4 games, consider buying a Sony PlayStation as now your only option.

I hope you have found this article helpful. Don’t waste your time searching for PS4 Emulator for PC as of now. You may follow their GitHub pages to get the updated news.

If you have any questions regarding this PS4 Emulator For PC, then you can comment below. We would love to answer your questions. Stay safe, peace.